Wonder Woman and Ancient Myths: What Does She Have To Do With Business

If you have explored our website, chances are you have came across the Hero’s Journey Mastermind group, the Star Wars Startup Guide and the Customer Service Superhero infographics.

You may say to yourself, “She really must be into childhood comics.”

Sorry, I have to disappoint you.

While I enjoy the movies and comics, the real reason goes beyond entertainment. I’m not really into the heroes per se.

What interests me are the archetype.

What is an archetype?

There are various definitions or archetype.  Let’s look at a few.
.
Dictionary.com defines archetype [ahr-ki-tahyp] as.

1. the original pattern or model from which all things of the same kind are copied or on which they are based; a model or first form; prototype.

2. (in Jungian psychology) a collectively inherited unconscious idea, pattern of thought, image, etc., universally present in individual psyches.
Merrian-Webster definition is
1:  the original pattern or model of which all things of the same type are representations or copies :  prototype
… the House of Commons, the archetype of all the representative assemblies which now meet … — Thomas Babington Macaulay; also
:  a perfect example He is the archetype of a successful businessman.
2 :  idea 1a
3 psychology :  an inherited idea or mode of thought in the psychology of C. G. Jung that is derived from the experience of the race and is present in the unconscious of the individual.

Based on this, we can derive that the concept of an archetype /ˈɑːrkɪtaɪp/ is found in areas relating to behavior, modern psychological theory, and literary analysis. In various seemingly unrelated cases in classic storytelling, media etc. characters or ideas sharing similar traits can be found.1

One of my interests is how archetypal elements are used in marketing—the characters (and their traits), theme, colors, symbols and settings.

Another one is about how content marketers use heroes in developing infographics. A great example is The Star Wars Startup Guide, where the artist used the characters and attributed each personality traits based on a position on a team.

Where does Wonder Woman Fit In?

Wonder Woman is somewhat of an enigma—mysterious, puzzling, or difficult to understand.

She “is an unsettling superhero. More so than her male counterparts, she resists easy classification: she’s neither an alien or a billionaire – nor has she been exposed to some chemical to obtain her powers. The comic books cast her as a mystery to be unravelled and ultimately controlled.”

Scroll down to read the full article by Roberta Magnani, published on FEE.org (Republished with permission).

Wonder Woman is an unsettling superhero. More so than her male counterparts, she resists easy classification: she’s neither an alien or a billionaire – nor has she been exposed to some chemical to obtain her powers. The comic books cast her as a mystery to be unravelled and ultimately controlled.

When the truth of Wonder Woman’s background is finally uncovered in a 1944 comic strip, it is one of her own making. Even when revealing her past, she refuses to be narrated – and claims ownership of her own identity instead. By telling the story in her own way, she controls how the world perceives her – much like her sisters from classical and medieval literature did.

Wonder Woman’s origins, revealed in the parchment, are deeply intertwined with well-known classical mythology and its medieval afterlife.

Wonder Woman’s story is presented on a sheet of parchment in the comic, just as most medieval texts were. These texts traditionally conceptualised women as blank canvases to be painted with desirable meaning, but Wonder Woman refuses to be pigeonholed simply because of her gender.

Wonder Woman’s origins, revealed in the parchment, are deeply intertwined with well-known classical mythology and its medieval afterlife. She is the daughter of Hippolyta, who, according to the ancient Greeks, was the queen of the Amazons: a utopian society of women warriors founded on sisterhood and female empowerment.

Though the story of Princess Diana of Themyscira – AKA Wonder Woman/Diana Prince – doesn’t derive from ancient Greek or Roman myths, her name echoes that of the Roman goddess Diana – identified with the Greek goddess Artemis – a ubiquitous figure in classical and medieval literary cultures.

Much like Wonder Woman – who is arguably one of the goddess’s contemporary incarnations – Diana is a capacious figure. As the goddess of childbirth, virginity and hunting, she is a mix of impossibly different roles. The fluidity of her identity makes her an advocate of female empowerment. She embodies the numerous identities available to women, beyond the restrictions of traditional gender roles.

One of the most famous medieval texts in which Amazonian mythology and the power of the goddess Diana intersect is Geoffrey Chaucer’s The Knight’s Tale, in which the formidable Amazonian queen Hippolyta is forced into marriage by the tyrannical Duke Theseus.

As her emancipated femininity is violently stifled through military conquest, Hippolyta becomes a metaphor for the destruction of any form of female agency. She is paraded, silenced and overthrown in front of the Theban crowd, while a storm rages ominously. Bound to Theseus, she loses her power, much like Wonder Woman whose formidable potency can only be lost if she is shackled in chains by men – a feature which creator Charles Moulton took directly from ancient Greek mythology.

Emily in the rose garden. Wikimedia

In Chaucer’s text, Amazon princess Emily – the would-be aunt of Wonder Woman – appears to share the same fate as her sister Hippolyta. Trapped in an enclosed garden, she is the bride-to-be of one of the two feuding knights, Palamon and Arcite.

But Emily’s story has a very different outcome. In his Teseida the 14th-century Italian poet Giovanni Boccaccio describes Emily as “pelegrina” – itinerant, alien and restless. Her past, like Wonder Woman’s own – Wonder Woman leaves Paradise Island after the gods say that an Amazonian ambassador must be sent to man’s world – makes her the epitome of emancipated femininity.

In both medieval texts Emily rejects her entrapment in the garden. She flees to the temple of the goddess Diana in the wild woods. In this unstructured space, Emily imagines herself free from the gender roles that are being forced upon her. For the first (and last) time her voice is heard – and it’s not a whisper: it’s a roar.

Emily pleads with Diana, whose fluid identity appears to offer the promise of self-determination, in a life of perpetual sisterhood with the goddess and her fellow female hunters. Emily longs to reconnect with her warrior Amazonian past. She wishes to return to the female utopia in which marriage and maternity are not an inescapable future. Where physical and political power are not the exclusive province of men.

Diana’s answer to Emily’s plea is shocking and unexpected: she has to marry. Marriage is a fate scripted in the stars – and Emily cannot escape it. From this moment onwards, Emily is ostensibly silent, her roar stifled by the imperatives of marriage and procreation.

However, defying expectations, the next time Emily is described in the tale she is riding alongside Theseus’s party. No longer wearing her white virginal clothing, she is clad in green, a colour that signifies the freedom and virility of hunting which, in the Amazonian world, is accessible to women too. Emily has managed to find her own form of self-expression, despite the medieval restrictions imposed on her.

With such strong women in her family tree, the 2017 Wonder Woman has a lot to live up to. But, from trailers for the new film and her appearance in Batman v Superman: Dawn of Justice (2016), it looks as if this new incarnation is one of the most powerful yet.

Gal Gadot, the Israeli actor who now plays the superhero, portrays a suitably gladiatorial Wonder Woman whose identity is capacious and fluid. She is strong, beautiful, intelligent and invested in being a force of positive change – very similar to her classical sisters.

This article was originally published on The Conversation. Read the original article.

Roberta is a member of MEMO (Swansea’s Centre for Medieval and Early Modern Research) and a Lecturer in English Literature. She teaches modules on theoretical approaches to the Middles Ages, Chaucer, as well as the early modern period and gender theory more broadly.

This article was originally published on FEE.org. Read the original article. 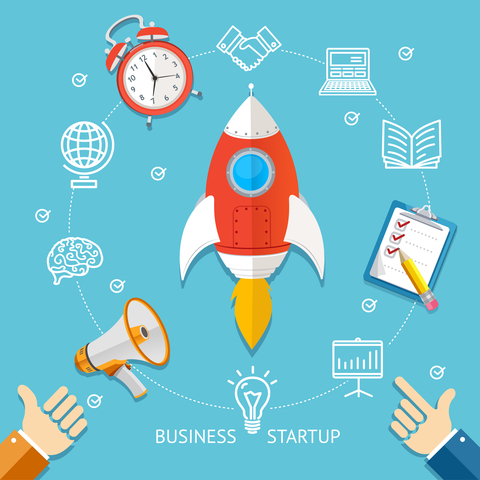